In search of the cheetah from Zimbabwe

in the training of Zimbabwean students in ecology and wildlife conservation through internships within the project.

of the cheetah population in Zimbabwe, and determine their number and spatial distribution.

of local populations, in villages and schools, to the protection of cheetah, as well as other large carnivores.

the conflict between cheetah and human activities, and present conflict resolution methods. Identify the main threats to species conservation in this country. 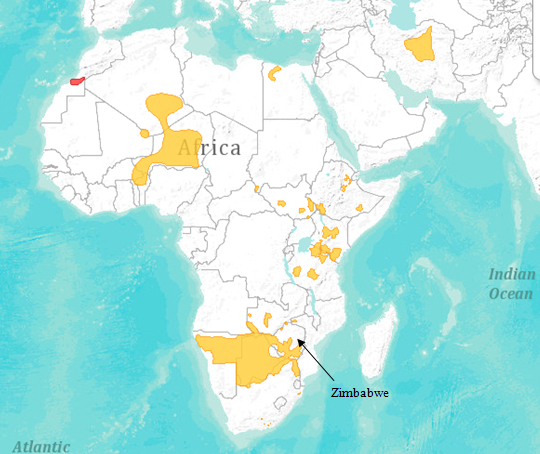 Participative science is defined as the voluntary participation of the general public (scientific citizens) in research projects under the direction of scientists. Regarding research on cheetahs, participative science mainly consists of retrieving reports or photographs from tourists, safari guides, rangers, etc. This approach is an effective and economical way to collect data for monitoring on the long-term and large-scale populations. In addition, it is also an important tool for awareness and education.

Since 2012, the Cheetah Conservation Project in Zimbabwe (CCPZ) has involved volunteer scientific citizens in collecting cheetah photos and observations. CCPZ mobilizes citizens through the provision of observation cards at the entrance to parks, posters, stickers, flyers, posts on social networks, a website on which observations can be declared, as well as media publishing. Each year about 300 observations are sent to the CCPZ and more than 1000 photos. Each cheetah has different spots with a unique pattern, which is why photographs are so important and help us to identify each animal. Currently, CCPZ has identified 104 cheetahs in its database.

These photos and observations are of great assistance in our research of the cheetah population in Zimbabwe and provide information on demographics and behaviors, which can be used to assess population size and health. The information collected also provides information on local, national and international distribution maps of the species and its movements.

HISA is therefore helping CCPZ to finance the maintenance of this monitoring program via participatory sciences for 2016 and 2017.

Example of information collected via observations and photos: female cheetah HNP013 – young, with her first litter of three cubs in 2014 and her second litter of five cubs in 2016. 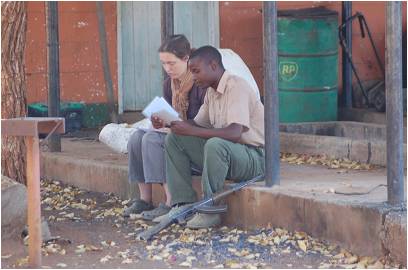 77 % of the previous African cheetah population has now disappeared. Today, there are fewer than 10,000 adults in the wild. Zimbabwe is one of the few countries in the range of the species. The Zimbabwe Wildlife Authority is concerned about its survival in the country, and they are developing a national action plan to conserve them.

Unfortunately, there is a great lack of information regarding the cheetah population status in Zimbabwe, the number of individuals and their distribution. Moreover, little is known about the threats that they face, especially in regards to conflictive human activities.

This is where the Cheetah Conservation Project Zimbabwe (CCPZ), created in 2012 by Dr. Esther van der Meer, comes into play. With HISA’s help, the aim is to coordinate a large national inventory of the cheetah population, as well as other carnivores. This inventory consists of establishing a database of cheetah photographs, sighting reports, and testimonials from villagers, tourists, and wildlife officers. These also help to determine if and where the species is involved in conflicts with local human populations. If so, it helps to identify where the effort to raise awareness of cheetah conservation and conflict resolution needs to be done. 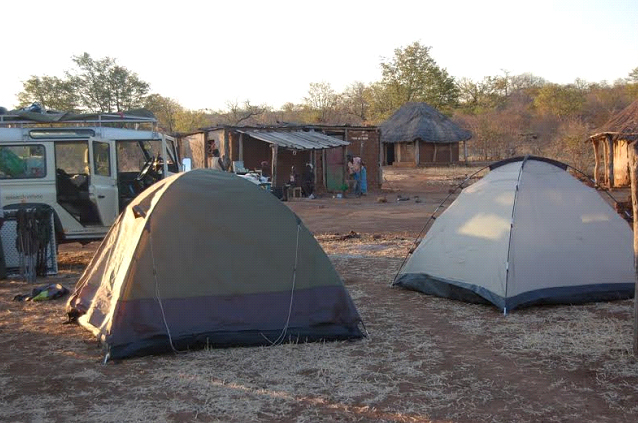 CCPZ members travel across Zimbabwe, meeting human communities, to gather information on the presence of cheetahs, and to assess its involvement in conflicts with human activities. 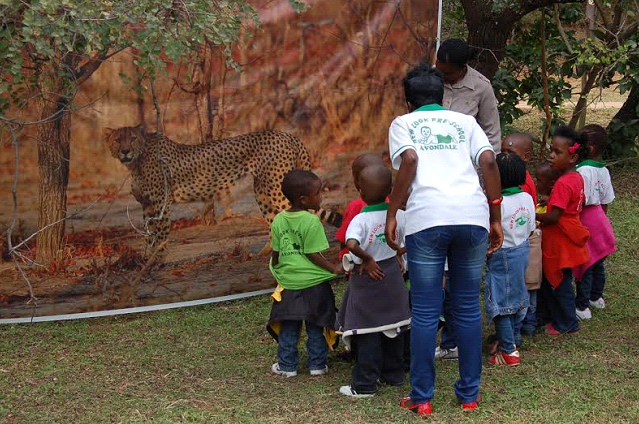 The CCPZ project devotes part of its time to presenting cheetahs in schools and villages. Most students, but also adults, know very little about the species. 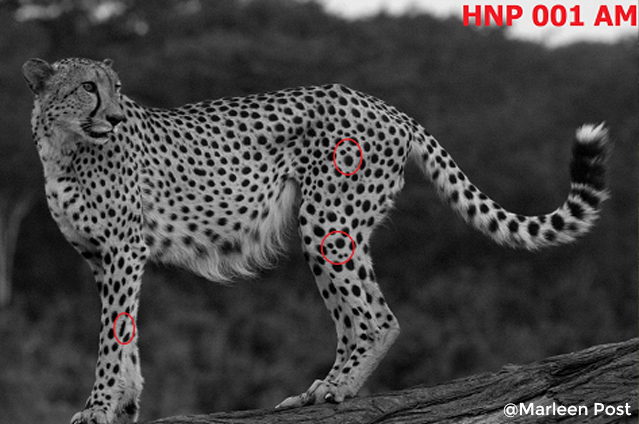 The shape, size and distribution of the black spots on the cheetah coat are specific to each cheetah. This allows, like our fingerprints, to recognize each individual. Thus, the photo bank of the CCPZ project constitutes a real census of the cheetah population in Zimbabwe.